The concept behind teeth replacement implants has been around for thousands of years. At an excavation site in Honduras, Archaeologists discovered the skull of a Mayan woman from 600 A.D. who had many artificial teeth carved from seashell. These teeth had been placed into the empty tooth sockets, and are ancient evidence of primitive dental implants. 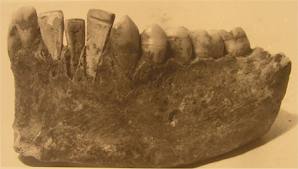 There is evidence that dental implants were used by many other ancient civilizations, as well. The ancient Egyptians, who were notoriously concerned with appearances, would commonly replace missing teeth with fake teeth fashioned from many different materials. The wealthy upper classes could afford gold, silver or ivory implants, or even false teeth fashioned from precious gemstones. The poor would commonly make use of bone and seashell. The ancient Romans were reputed to have used implants made from iron.

As a species, we have long been aware of the importance of our teeth. Tooth loss and oral degradation not only compromises our ability to eat and speak comfortably, but also has a negative impact on our appearance. While tooth loss was certainly more prevalent in ancient times than it is in modern society, our efforts to alleviate the consequences have only increased. Modern dental implant procedures began to take shape in the 1950s, and today’s advanced equipment and techniques provide implants that blend seamlessly with your existing natural teeth and gums.

If you have to have oral surgery for any reason, you couldn’t pick a better place than Tahoe Oral Surgery & Implant Center. The staff makes you feel welcome and Dr. Martin is lovely!!!!

I would highly recommend Dr. Martin if you need an Oral Surgeon. ESPECIALLY if you are dental phobic like me. If I felt comfortable and cared for, as petrified as I am about dentists, that says A LOT! You can trust them, they are seriously AWSOME!

Dr. Martin and his staff did a great job explaining the procedure… It was quick and painless… Highly recommend his services.

Dr. Martin and his office staff were extremely professional, their compassion and caring was awesome! I would recommend Dr. Martin to anyone in need of an oral surgeon.

Dr. Martin and staff are amazing and wonderful. I highly recommend Dr. Martin for all your surgical needs for your teeth.

I highly recommend [Dr. Martin] and would not hesitate to drive back to Tahoe to have my son seen again (in fact, I already did!).

I didn’t even need to take one aspirin throughout the entire process.  His office is state of the art and his staff are wonderful. I would highly recommend them for any Oral Surgery needs.

Dr. Martin and his staff are so professional that I’m compelled to write my first review of anyone. He was considerate and calming, answered any questions I had, reviewed procedures and relieved any anxiety I had for my implant.

Dr. Martin and his staff have been and were during my procedure absolutely amazing and kind and professional. For … oral surgery, he and his staff are the best place to be taken care of.

Great work and great staff! They made what was, to me, a scary procedure into something that I said was easy mid-way though. I’d highly recommend Dr. Martin and his staff.